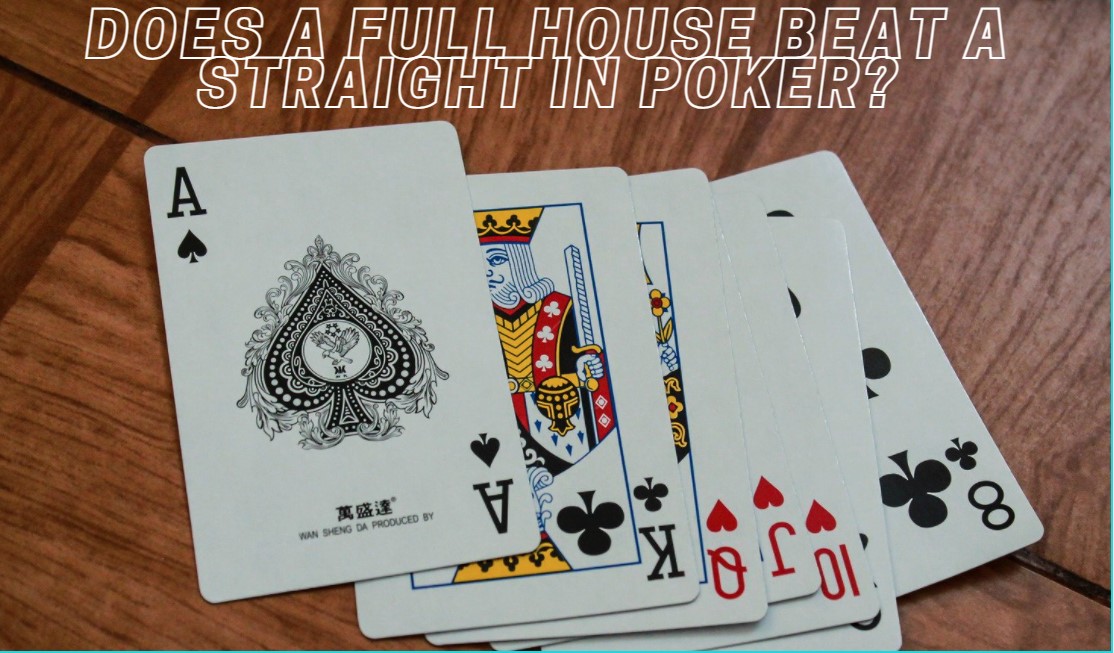 We know that the full house and the flush are the strongest hands in poker alongside the royal flush and other forms of flush, but does a full house beat a straight in poker? Yes, the full house beats the straight-in poker. But it is not all, we won’t just give you the simple answer to this without a mathematical explanation of this. Stay here as we present to you the article which is written by the analysts at hotbetlive.com that will give a complete insight into this game.

Why Does a Full House Beat a Straight?

Even though the straight in itself is a very strong, rare hand but it is below the full house in the poker hand ranking. As you can see below. 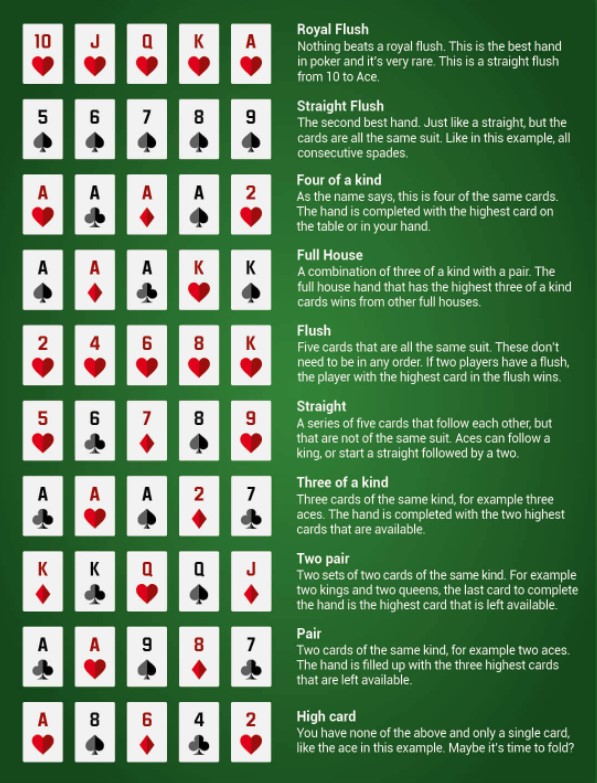 Full houses have a low probability while the straights have a high probability. The rule is that the higher the probability the lower that hand will be on the poker hand ranking thus the full house will be able to beat the straight.

If you still don’t get us and you are wondering does the full house really beat a straight in poker? Then we have facts backed by figures for you.

The frequency of the full house hand happening is less and the probability of it is only 3744 while using a standard card deck but if you compare that to the straight’s probability of 10,200 then surely you have your answer. The more rare something is the more value it has.

Let us explain this with a hypothetical example. Your friend Mike has a painting named “Full House” and they are only 3,744 in the world while you have a painting called “Straight” and they are 10,200 in the world, so obviously Mike has a more valuable and rare painting and will have the higher value. The same analogy can be applied to why the full house beats the straight.

Let’s look at these numbers in more detail.

First, let’s start with the example of full houses:

The standard deck has 52 cards, and there are 156 different ways to have a full-house hand but the suits are not taken into account in this situation.

For example, the 555AA is a full house and it is distinct in itself, as the suits can be different, the suits can be the same for each card, etc, so then what is the probability of having the 555AA from different suits? The answer is simply, 24. There are 24 different ways if suits are taken into account to have a hand of 555AA.

The numerical sequence of the cards is as follows:

Lets us give you two examples of a straight:

Example one is known as the broadway straight while example two is known as the nine-high straight. These two are very strong poker hands and when we do the mathematics we find out they are not too strong to beat the full house.

A standard deck has 52 cards have a possibility of having 10 distinct straights and a probability of 10,200, and there is a chance of 5% to have a straight hand in poker.

It is a good poker hand to have a full house and a straight. Still, a straight hand is perceived to be stronger and more valuable than a full house in a head-to-head match. Furthermore, the full house sits above the straight in the poker hand rankings chart, which enhances its strength. Although poker hands are stronger than Knowing all these basics increases a punter’s chances of winning, reduces their chances of making mistakes, and increases their long-term success.

Learn more about the straights up against other hands here.

Related Topics:
Up Next

Can You Counterfeit Casino Vouchers?

Does Three of a Kind Beat a Straight?